Merry Christmas, Happy Holidays To All 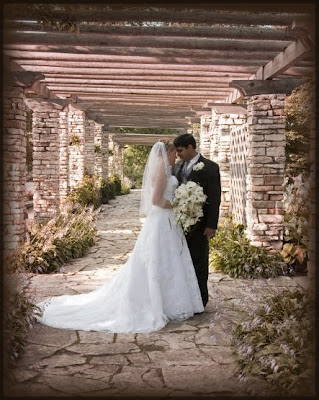 What a rollercoaster year. It has been tremendously busy, as it seems to have been for everyone. In January Laura finally completed her education and graduated from the Animation Mentor online program. It has been a great couple of years networking with eager animation students and learning from the experienced mentor professionals who currently work in all of the most recognizable studios. During these past couple years, Naveen had left Laura in Fort Wayne, Indiana, to pursue further education in Orlando, but now the time for his education was also coming to a close. He attended the Game Developers Conference in February and landed a job right on the career fair floor, allowing him to spend his last few months at Full Sail Real World Education completely focused on his final project, a game called Smashout, which earned a prized spot in the school’s arcade. Naveen graduated in late June as salutatorian. Laura’s main focus over the summer was wedding preparation, as well as apartment hunting.

In July Naveen and Laura moved from Florida to Chicago, where Naveen began working at WMS as a gaming software engineer, and Laura continued working remotely for CVC Communications as a contract graphic designer. Many weekends were spent driving back and forth to Milwaukee and Waukesha, Wisconsin, as the countdown progressed and their wedding drew nearer. Finally, on September 6, 2008, Naveen and Laura were married at St. William Catholic Church and enjoyed a fantastic reception at the Country Springs Hotel in Waukesha. It was a truly perfect wedding day.

Although they had been together six years and had looked forward to married life for a very long time, a very special opportunity came up for Laura that interrupted the newlyweds. Just a week after the wedding, Laura was contacted by a group called Speakeasy FX in Westfield, New Jersey, and was hired as a character animator to work on the 40th Anniversary Television Season of Sesame Street. It was a heartwrenching choice, but a thrilling chance to finally live out her dream to be an animator for children’s entertainment. And so the second week after their wedding, Laura moved to New Jersey to begin work, leaving Naveen in Chicago with their new kitty, Sully.

The following month, Laura returned so that the couple could celebrate a traditional South-Indian style Hindu wedding on October 11, 2008, in recognition of Naveen’s family heritage. Laura continues to fly back and forth every few weekends so the two can spend some time together, but it has been a very rough time to say the least. They have dealt with distance before, but now that they are married, it makes time apart much more difficult. Thankfully, Naveen and Laura are strong both individually and as a couple, and they are currently in search of opportunities for Naveen on the east coast so that they can finally truly begin their long-awaited married lifestyle. They recognize that they are very fortunate people who have a lot to look forward to in this coming year, and they are thankful for the thoughtful prayers and moral support of their family and friends.

We Wish You A Blessed And Healthy Holiday Season!
Love,
Laura & Naveen

Speakeasy FX is Awesome To The Max

Okay. So while I'm somewhat coherent I want to mention that we had our holiday party today from about 2pm onwards (it's now around 8) at chez Stewart, and I've just had the best night I've had in a very, very long time. Lots of fun and a company I wish I could call family. Everyone is awesome and I just adore Julie and Scott's kids, William, Matthew, and Kate. Soooo amazing, their family. I love how they communicate with their kids and how they encourage the kids to voice themselves. I can only hope to emulate them when I have my own. And meanwhile, what a company, I am so completely blessed to know such awesome people who are all in this together with amazing positive attitudes and closeness... It's amazing. I know I'm only halfway coherent at the moment but it's something I've meant to say for a long time, I just love this company and what we're doing, and I feel so blessed to have had the chance to be here. So goes it... and tomorrow's another day. :)

In seven days, I will be on a plane to Chicago to see my husband.

It was a very gleeful day for me today, given that notion. I had a little extra spring in my step and I felt like smiling. It's been miserably cold and rainy, and I've been working 10, 11, and 12 hour days lately, but perhaps the stars finally aligned themselves. Everything just seemed a little brighter today than it has been lately, and I was productive and at least fairly pleased with my progress at work today. And despite still missing Naveen and our Chicago apartment with our cat and our collections and comforts, I managed to feel a sense of completeness today, which isn't typical while I've been alone out here. So, all in all, a great day.

Funny then, that I should choose to see The Boy In The Striped Pajamas, which was playing at the Cranford theater. I have been wanting to see it, but I knew it was a serious drama of a German child's perspective of the Holocaust as he knew it - the inquisitive eight-year-old son of a power-driven Hitler loyalist soldier. It is a brilliantly sad story of innocence meeting the vile and atrocious, with a grisly ending painfully forseeable by those of us who still acknowledge the vicious truth that the Holocaust did in fact actually happen. This, Life Is Beautiful, and Schindler's List are each commendable films that teach and appeal through an empathetic recognition of the humanity behind these characters on screen.

I was overwhelmed - overcome and saddened at the end of course - but I was surprised by how much this movie took me back to my childhood and all the various things I thought were important then. Even during a scene when the boy is running through the woods to meet his strange friend at the concentration camp, he is wistfully sailing his arms like an airplane, eager to enjoy each second and make his own small discoveries. It made me remember a time when I used to explore a ravine behind my neighbor's yard and wonder if any other person had ever seen what I saw there, or laid hands on the land or the trees or ground before me. Of course with age comes the assumption that no, I am not the first person to venture here. But hopefully there is the wisdom to remind me that while I might not have been the first, it may have been original to me and therefore an important experience nonetheless. I don't know why I always look for such importance in things. But I know I'm not the only one, because I connected with the child on the screen. A good storyteller opens doors to relate to people and attempt to provide the audience the chance to empathize with the characters. Some people learned history through books in classrooms, but I never fared well with the subject. Films have taught me better because I get a chance to personalize the situation, which I retain much more dependably than names and dates in text. History is such an important subject, and should really be taught better somehow. Understandably not all films are historically accurate, but I am thankful for the ones that are. As for those people who just don't believe the Holocaust ever happened, I doubt film would help them much, but I should only hope it would open their hearts a little.

What can I say. I am an animator on a children's television show about muppets and fairies and magic, and yet I am drawn to non-fiction. I wanted to spend my Friday evening watching a story about a Nazi soldier who is too blind by his own hostile authority while his son's open eyes lands him into grave danger.

Maybe I'm seeking balance and reality. And babbling about it. 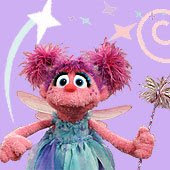 Meanwhile I'm approaching my third month happily working my dream job in New Jersey, still missing my husband, our cat, and our Chicago apartment. I'm so looking forward to going home, and so thankful for what I have to go home to.
Posted by Laura "Sko" at 12/12/2008 08:05:00 PM No comments:

Not So Happy Feet

So I finally got around to watching Happy Feet. I know, it's been about two years since it came out. I was busy. My boss lent some movies to me over the weekend, warning me of their stupidity. But like a naive blossoming starry-eyed animator I said, "Surely they aren't that bad. Something can be gleaned from them."

Tonight I left a message for him, which read as follows:

Happy Feet just killed 89% of my remaining brain cells. I didn't think it was possible for me to get any more cynical about story artists for children's entertainment...

It really doesn't matter that the movie kind of started slow, or that it was largely a musical sung by penguins. A plot actually DID start, and yes it was about the time-honored struggle of a child who doesn't fit in, blah blah blah, dancing instead of singing like the other penguins, blamed for causing a youth revolution and a simultaneous fish shortage... and it all actually WAS going somewhere...

...until a bunch of suits at an American zoo see that he can dance, and do they put him on Broadway, or in commercials? No! They send him back into the wild with a transmitter. They follow him out there to find more dancing, singing penguins. Do they put them into showbusiness? No! They relay the video back to the suits at their comfortable corporate headquarters, where they instantly decide that all the dancing MUST mean that the penguins are trying to tell them something, and it MUST be that the humans are destroying the penguins' food supply! (DUH! How could you conclude anything different???)

Lesson learned - for those of us 80s kids who grew up watching Savion Glover tap dancing on Sesame Street, we should have only known his family in Africa was starving due to America stealing away all the plantains!!! 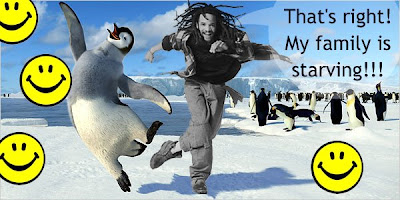